HOME » BLOG » ECHOLALIA AND OTHER ECHO PHENOMENA – BY NO MEANS MEANINGLESS 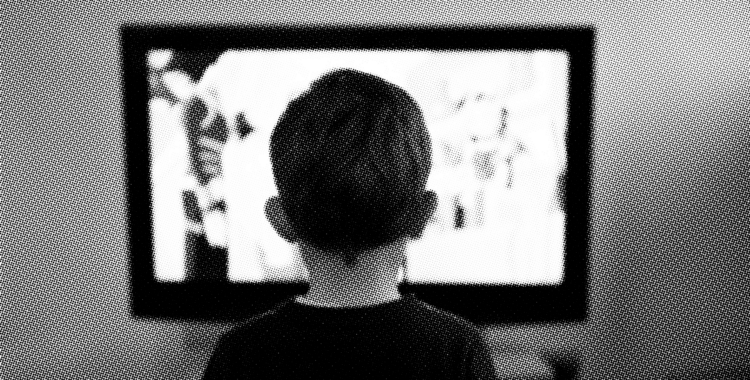 ECHOLALIA AND OTHER ECHO PHENOMENA – BY NO MEANS MEANINGLESS

Echolalia is the repetition of sounds or words one hears.

It is one of several other echo phenomena:

If you have previously gotten some information about echolalia and other echo phenomena from professionals, what you learned might differ in parts from what you will learn here. That’s because common professional views represent a pathologized outside observer’s view of these conditions, and completely lack the inside perspective and lived experience. With that said, let’s get to it!

Echolalia can be immediate (echoing something right after hearing it), or delayed (echoing something one heard at some point in their life). Echolalia can be automatic, unintentional, intentional, voluntary, or involuntary. It can be communicative or non-communicative. The frequency, reason, cause, manner, and content of a person’s echoes can vary and fluctuate over the course of their life.

People often use the term “echolalia” interchangeably with the term “scripting”. However, the two are not the same thing. Echolalia means repeating sounds, single words, or short phrases. Scripting means repeating longer passages (for example from books or movies). Scripting, in turn, is not the same thing as “using scripts”, which is purposefully memorizing phrases to use in social interactions.

ECHOING AS A PATH TO SPEECH

Echolalia is how all human beings naturally learn how to speak. They hear people speak words and repeat them. Over and over again. Through this imitation and repetition, our brains form new connections and learn.

If you search online, you will find many accounts of parents of autistic children, of how their non-speaking child first started echoing, then went onto scripting, and eventually started forming their own sentences. If you dig deeper, and you should, you will also find such accounts of autistic people themselves – maybe one day our own voices will be the first search results.

Sadly, professionals acknowledge that echolalia is how humans learn speech, yet in the same breath declare echolalia beyond the neurotypical 2-something years of age “meaningless” and a “symptom of a disorder”.
Maybe the biggest difference between the echolalia of a neurotypical child learning to speak, and a neurodivergent person’s echolalia (regardless of age) is that one gets pathologized, and the other doesn’t.

Echoing can happen for many different reasons besides speech development. Many aren’t immediately obvious to other people, especially to people who themselves don’t echo. Whether or not you are generally familiar with echo phenomena, you might not “get” why it happens in any specific situation. Let’s take a look at some possible reasons for why a person echoes:

Echoing is sensory input. For echo- and palilalia, the way making sounds feels inside the throat, mouth, on the lips, inside the chest, and what it sounds like – all of this sensory input may be a reason for why a person echoes.

Echoing is repetition, sameness, which can give a person a sense of safety and security. In this way, echoing can serve to ease distress. It can also just be relaxing. Or enjoyable. Or help someone focus. The line to stimming is rather blurry.

Echoing can be used to express emotional states. Depending on the emotion, the corresponding words, sounds, or phrases will be repeated. Note that “corresponding” doesn’t mean that what is said and which emotion it represents necessarily fit for the people hearing it. What matters is what’s happening inside the echoing person.

A person might use the words of others instead of their own words to communicate. Especially people with speech difficulties may find using borrowed words easier than having to process, create, and speak their own.

Echolalia combined with scripting becomes echolalic scripting: one does not repeat the same sound, word, or phrase over and over as with pure echolalia. Instead, one uses a specific word or phrase one heard before, chosen intentionally to communicate.

When I think of communicative echolalia I think of Bumblebee from the movie “Transformers”. He communicates by re-playing parts of, for example, radio shows.

Echoing can be a tic or a compulsion. It can be an involuntary reaction to a stimulus. Or the cause can be entirely unknown, even to the person experiencing the echo phenomenon.

WHEN ECHOLALIA GETS MISINTERPRETED

When echolalia is used to communicate, things can become a little tricky.

What happened there? You asked a question, the child answered, you did what the child wanted, right?

Well. Maybe not. Maybe that was a child with echolalia repeating the end of your question back to you – not responding to your question, which is what you thought they did.

If this is a problem in social interaction, it is important to offer nonverbal ways to communicate. Looking at our example, instead of asking which shirt a child wants and only looking for a verbal answer you could hold out both shirts in front of them and ask them to point to the one they want.

Also, be mindful of the opposite problem. Don’t automatically assume all echolalia is non-communicative either. This is a matter of getting to know people, learning about them, learning to understand them and their individual ways of communication.

Make sure that the communication options you offer accommodate the individual person’s needs. An apraxic child, for example, may be unable to point to the shirt they want. A child with anxiety may be unable to respond period because they are too scared. There is no one solution that works for everyone, but there is a solution for everyone.

Teaching a person who uses echo- and/or palilalia to communicate a range of sentences that are appropriate and effective for everyday situations can be helpful. Especially if this person usually uses echoed words or phrases that don’t literally fit what they are trying to say.
But please always keep the autonomy and agency of the echolalic person in mind – prioritize their needs and wants. Don’t just teach them “appropriate” phrases because society expects it if it’s not something they themselves want or need.

Involuntary echoing is often uncontrollable. It can happen any time, but for me, there is often a trigger. A very common trigger is intensity of any kind. Intensity triggers my echoing, and I will not be able to stop until the intensity is resolved.

Some examples of my involuntary echoing:

– When it suddenly starts thundering, I may repeat “That’s scary!” over and over until I the fear is resolved.

– When I suddenly feel the urge to eat a banana, I may repeat “Banana!” over and over, until I have one in my hand and can take a bite of it.

– When I call for my husband, I may repeat his name over and over until he answers me.

The meaning behind my involuntary echoing may not be apparent to the people who witness it, but it is pretty apparent to me most of the time now that I understand it better.

I mostly understand my involuntary echoing as my brain saying “This is important.” Often this involves urgent needs that need fulfillment quickly, so my brain takes care of me that way.

Dealing with involuntary echo- and palilalia as an adult autistic in a non-autistic environment is not easy. If I echo in what society considers “inappropriate” settings (think the theatre, the movie theatre, during a presentation, etc.), I can get into trouble. If I echo what society considers “inappropriate” things (think slurs, sexual content, etc.), I can get into trouble.

I often try to suppress my echoing in public or avoid going out because of other people’s reactions.

There are sounds, words, and phrases that are extremely pleasant to me. Hearing them, as well as what they feel like – especially in my throat and chest. Most of my stimming echolalia and palilalia are vocalizations, not words. I experience both involuntary and voluntary echo-stimming.

It happens in all sorts of situations, positive, neutral, and negative – but the sensory input I get from the echoing itself is always positive to me. It’s my brain and body latching on to input they know is good for me, and giving it to me over and over again in an attempt to help me.

The line between echolalia, palilalia, and vocal stimming is very difficult to draw for me – and for me, that’s okay.

HOW ECHOING CAN DISABLE

I have already discussed, how echoing can enable, or be a neutral experience – but this piece wouldn’t be complete if I didn’t acknowledge that echoing can also be disabling.

The basic mechanism of involuntary echoing is a loss of control. It’s probably not difficult to imagine how that can be disabling, right? If my brain forces me to repeat something over and over again, I am disabled from saying what I want to during that time. I am also disabled from simply not saying what my brain is forcing me to say.

Depending on how often one echoes, and how long those episodes last, the disabling effects can range from non-existent, to quite severe.

WHAT I WANT PEOPLE TO KNOW

I want people to know that most of the time, people can’t control their echoing. And that even if people can control it in some way, echo phenomena are part of a person’s neurology.

I want people to accept echo phenomena. Accept people the way they are. Feel free to ask respectful questions, but please don’t feel entitled to answers.

Here are some other people’s thoughts on echolalia: