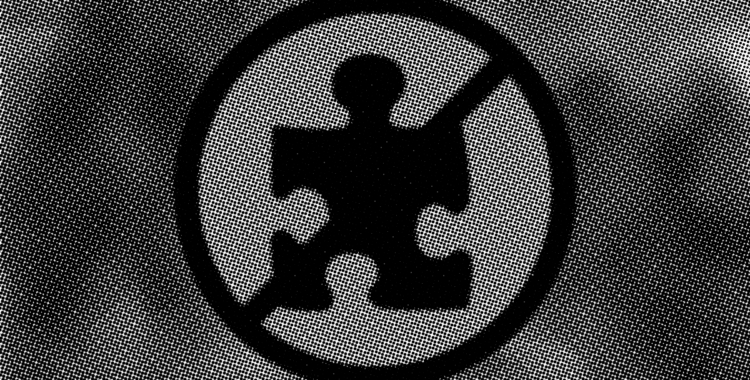 WHY I BOYCOTT AUTISM SPEAKS

Imagine you or someone you care about is diagnosed with something. What would be the one thing you DO NOT want to happen?

Who would not feel worried and scared after hearing things like that about their diagnosis?

People who are scared will happily hand over their money to someone who promises to eradicate the cause of their fear. That’s why Autism Speaks promises to do just that.
Autism Speaks is researching to find ways to detect autism in unborn children so they can be killed before even being born. Of course they do not openly say it that way. They do say things like “Those families aren’t living.” though.

To Autism Speaks autism is a disease that brings nothing but suffering to people affected with it and those people need to be saved.

However, autism is not a disease. Autism is a disability. I do not argue that point at all. But it needs acceptance and accommodation not eradication.

The most important point is that autistic peoples lives are worth just as much as those of non-autistic people. If you take autism away from a person you don’t only cure all the difficulties that person might be confronted with – you also take away an integral, essential part of their being. If you eradicate autism you eradicate the autistic person at the same time.

WHERE DOES THE MONEY REALLY GO?

This is not a joke. Autism Speaks spends barely 4% of their budget on actually helping families. The majority of their money – well YOUR money really – goes towards advertising their idea of what autism is, paying their staff, and researching a cure for autism.

There has also been an incredible amount of money from fundraisers that pretty much ended up back in Autism Speaks hands through “related party transactions”.
That is when raised money is given to an organization or institution with leadership members on the Autism Speaks board. It simply means that Autism Speaks likes to donate the money they raised to themselves rather than using it to actually help autistic people and their families.

If you are a non-profit organization that aims to help autistic people and their families then the absolute majority of your funds should be spent on exactly that.
Autistic people and their families do need help. Lots of it. And money is a huge part in this. Therapy, special schools, and treatments are expensive and we all know how horrible the insurance system is.
But dangling “help” in front of people in order to get their money and then use that money for something completely different is not only wrong it is abusive.

THIS is an open letter from John Elder Robison, an actually autistic person who used to work for Autism Speaks on why he resigned.

Autism Speaks continuously tries to discredit autistic people who speak up against them.
Autism Speaks has even taken the words of an activist who spoke up against Autism Speaks and used them on their website out of context. They have abused their power as a well-known and highly supported non-profit organization to get away with this. Again this might be hard to believe so you can find a detailed account of that occurrence right HERE.

Autism Speaks also continuously refuses to communicate with actually autistic people. They refuse to apologize for things they have said. They refuse to correct statements they have made. They simple refuse to even acknowledge the existence of the actually autistic people who speak up against them.
Why? Because they can. They have money. They have the power of being highly respected and supported by people who either do not know what Autism Speaks really stands for or share Autism Speaks true agenda of trying to eradicate autism.

AUTISM SPEAKS DOES NOT SPEAK FOR AUTISTIC PEOPLE

And with that they speak against all actually autistic people.
That is why I boycott Autism Speaks.

Thank you for reading. We can make a change.
Awareness. Acceptance. Inclusion.

This post was originally written as part of the #BoycottAutismSpeaks Flashblog on July 16th & 17th 2015 – You can find that blog HERE and read all the other articles on the subject.

These are some charities which are actually by and for autistic people: